The familial orientation that Pentecostal celebrations have taken for some time has already materialized this year.

This is partly due to the work of a new assistant, Swany Jacquet from Swany Kids Art Animation, who approached the Pentecôtavic Society and offered to organize various services on a completely voluntary basis.

Swany Jacquet, before returning to these activities, would first like to thank the Pentecôtavic Association for allowing him to organize these times for and with the children.

Also would like to thank parents and friends Who did not hesitate to join her and help her in this event, especially Mina, Jenny, Alexandra, Ning, Vaness, Leyte, Mariana, Steve and the parents of course for their availability and confidence.

She added, “Thank you also to the Luzer Center and Clack for their participation in making wreaths, flowers and murals.

I want to salute all the kids who have invested so much: trying on costumes, customizing clothes, making wreaths and flowers and hours of practice…”

In fact, the challenge was huge as Swany explained to us:

“First of all, on Sunday with comic show Led by children and opened very cheerfully Pichon tank “Peace and Love” Who did their best to set the mood!

The children had to learn the choreography of the fast band that was performed during the Sunday sitcom at the bullring and at the town hall.

Thanks to Amalya, Lou-Hana, Alexandre, Angel and Charlie for their willingness to train and their great enthusiasm.

They were immediately followed by the festivals, which began with dancing, clapping and cheering … Children happy and proud to participate “in front of the stage” in the adult procession!

Upon arriving at the Town Hall, the children climbed onto the big stage to sing an English song, “Imagine” by John Lennon, referring to what we are experiencing and the context of the hippie years with Vietnam… 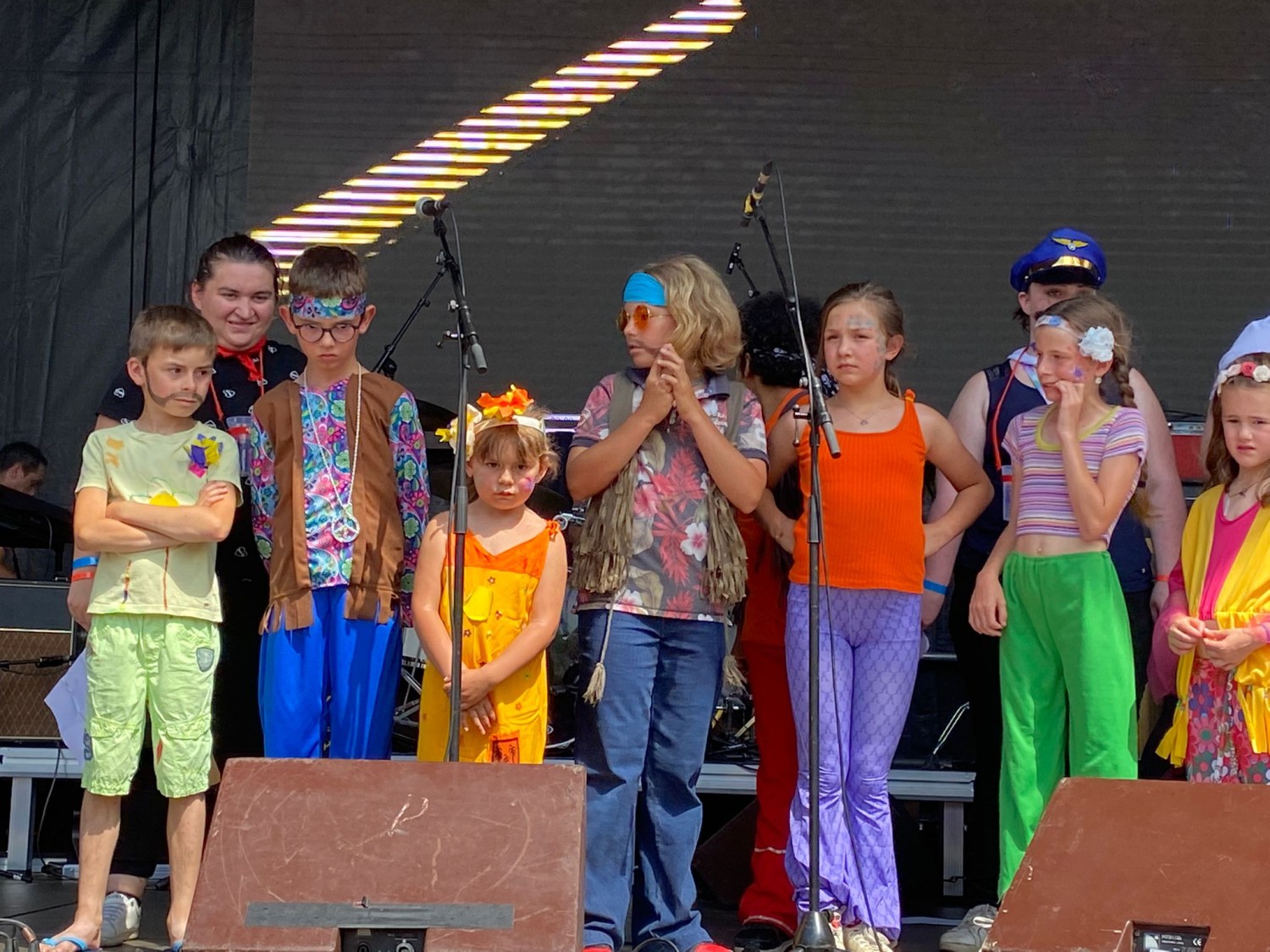 In this moment of celebration and joy on this hippie theme, I wanted to take back to the children and with them the words of this still relevant peace song…

The audience captured the lyrics because it was an emotional moment for everyone.” 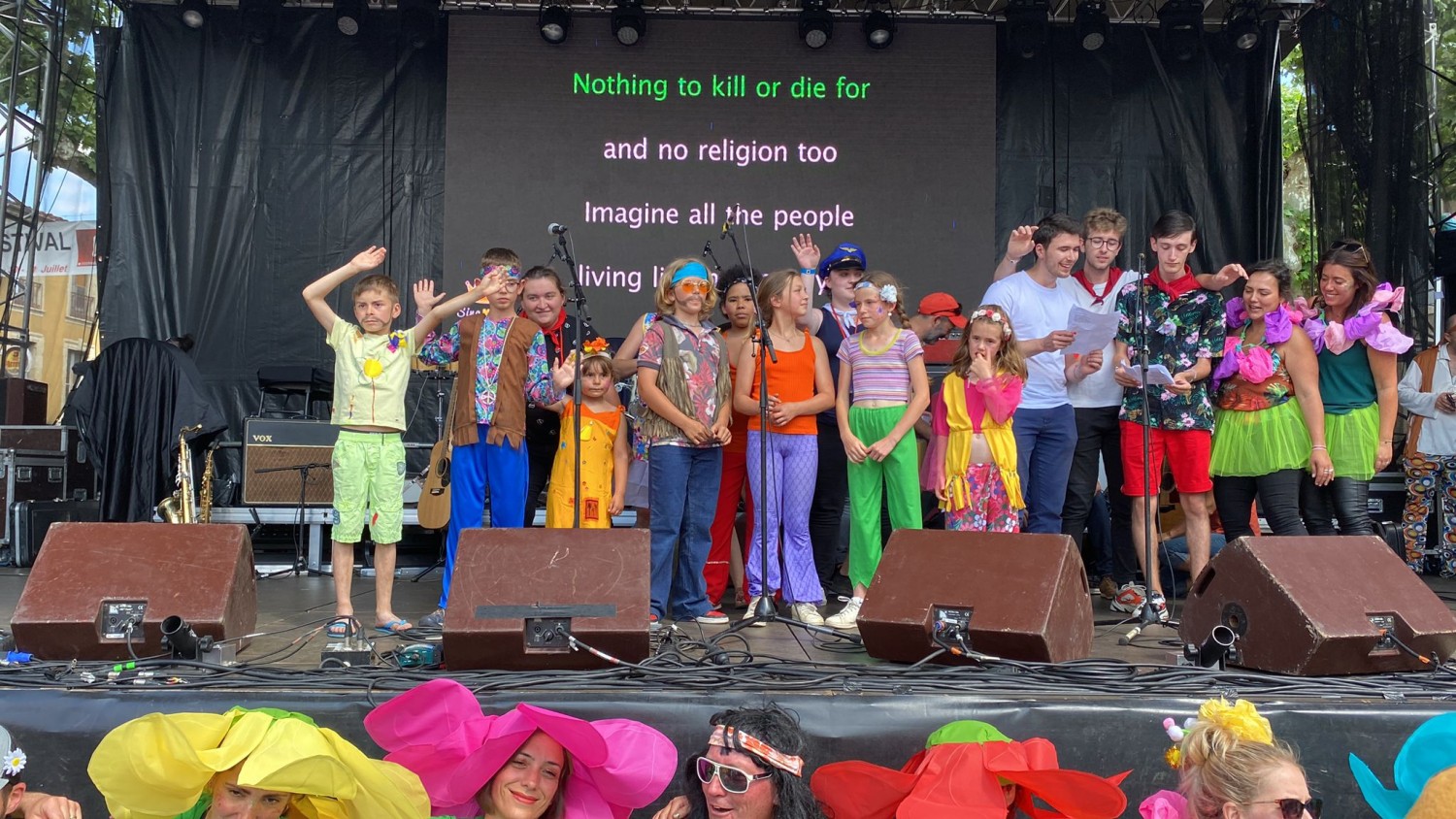 Monday, which is dedicated to children, saw her program enriched by activities offered by Swany.

Tell us about it:

At the end of the morning, a procession of children led by Van de Beechon left the church for the booth. 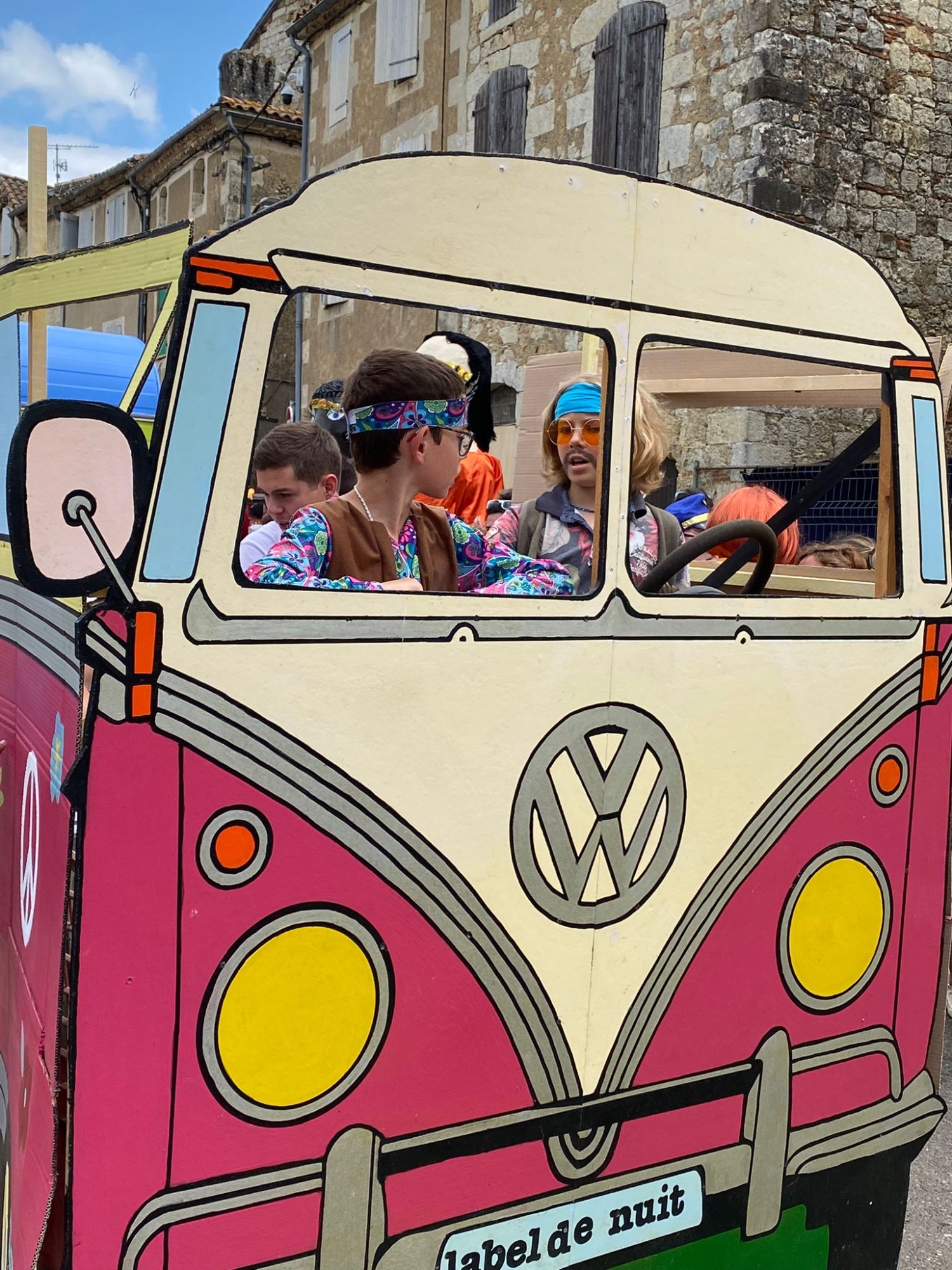 It was a hippie lip-sync “concert” that the kids put together and practiced for several weeks.

They dressed up and made “Woodstock Style”.

Thanks to Cécile and her collaborator, the makeup artists are in action! 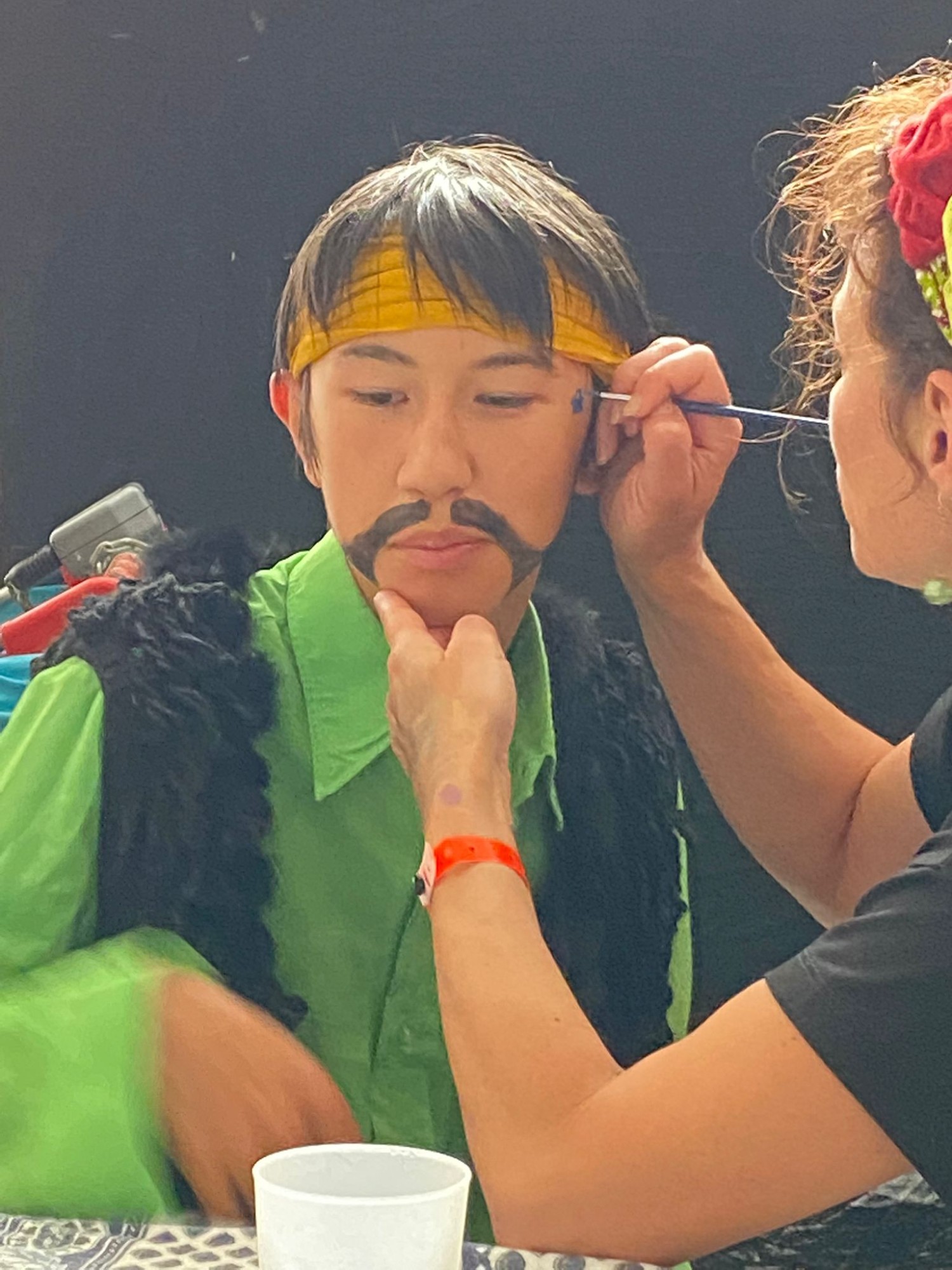 Drums and percussion were played live while guitars, keyboards, and vocals were lip synced.

In the afternoon, children were able to enjoy a make-up area, a great music and magic show Jimmy and the kids. 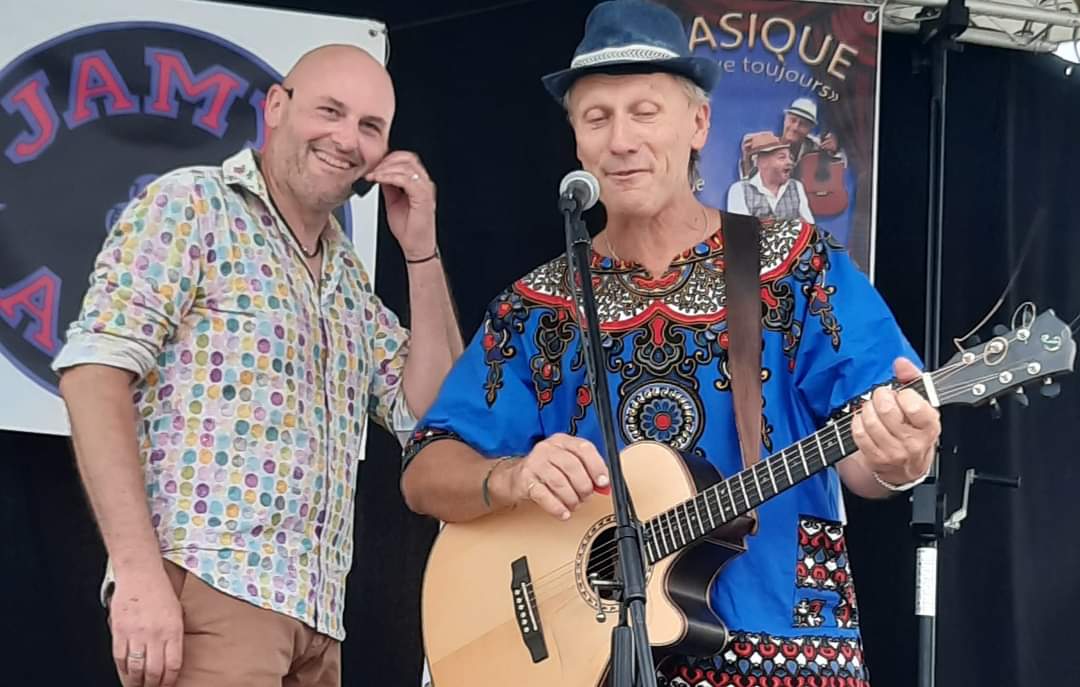 Then along with Swany Kids, we attended Mammies Flowers Parade With Danielle, Jacqueline and Lawrence, accompanied by young children.

A big thank you to all three who agreed to play the game and come up to the stage to walk! Thanks also to Mimi for the headgear. 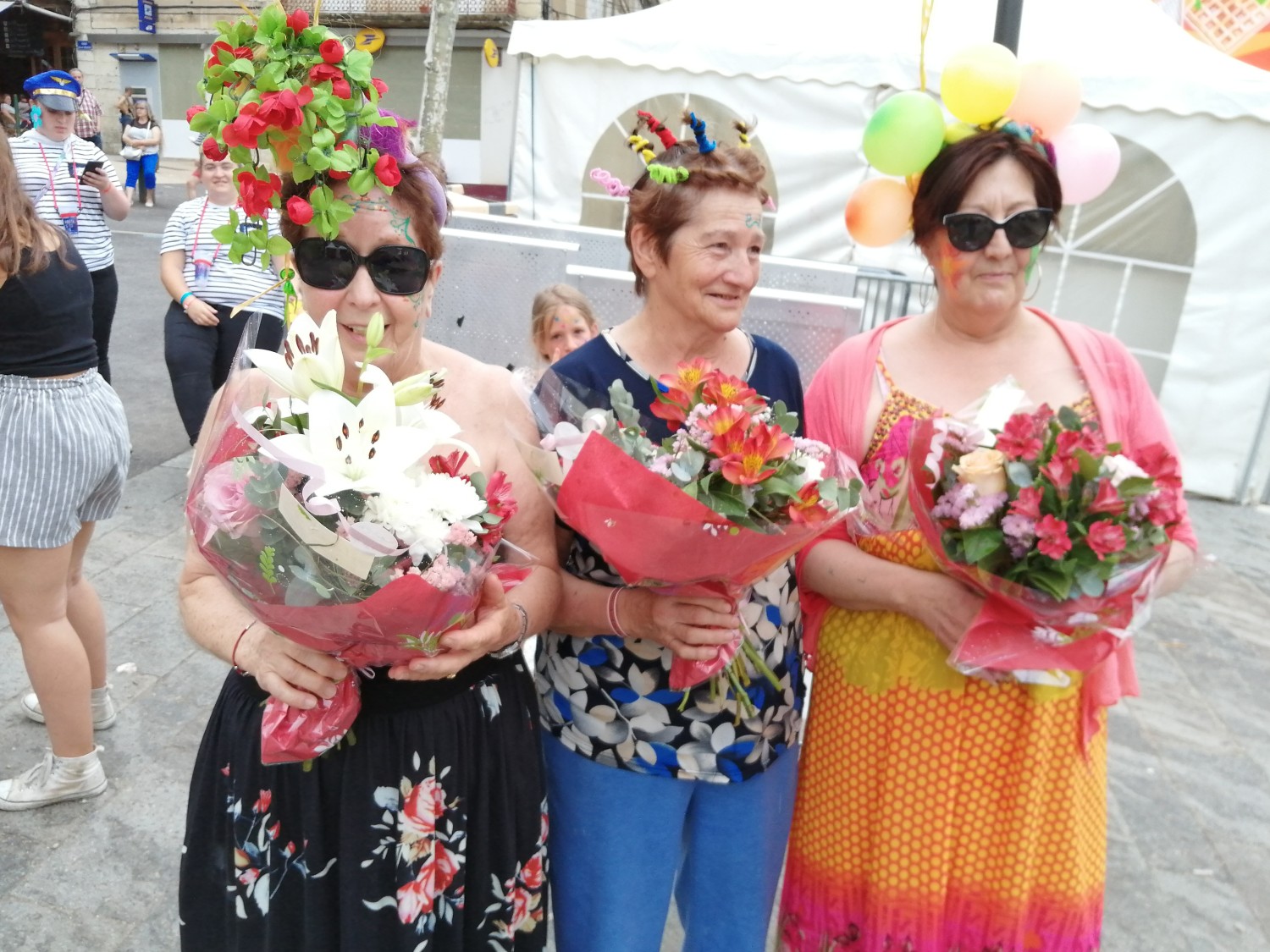 Then the children went up to the stage to sing the poppy song “No, nothing has changed” .. a beautiful moment of serenity and joy!

The afternoon ended with kids show With the energy of hippie rock for our musicians from 7 to 14 years old! 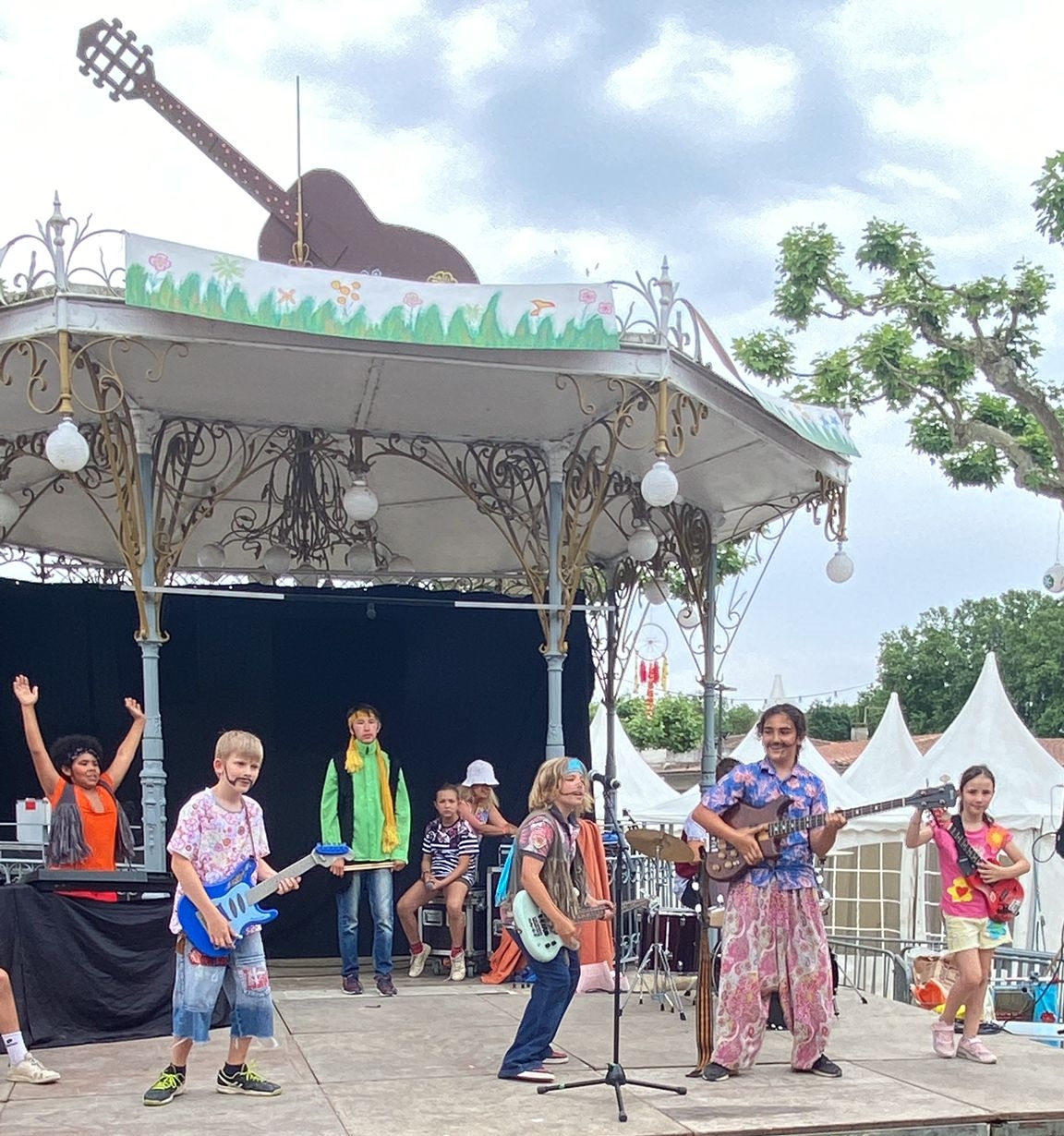 Thank you very much and congratulations to them because they have already worked and practiced a lot to play on stage.

They were very involved and happy! I had the pleasure of seeing them play rock stars in the Woodstock years! 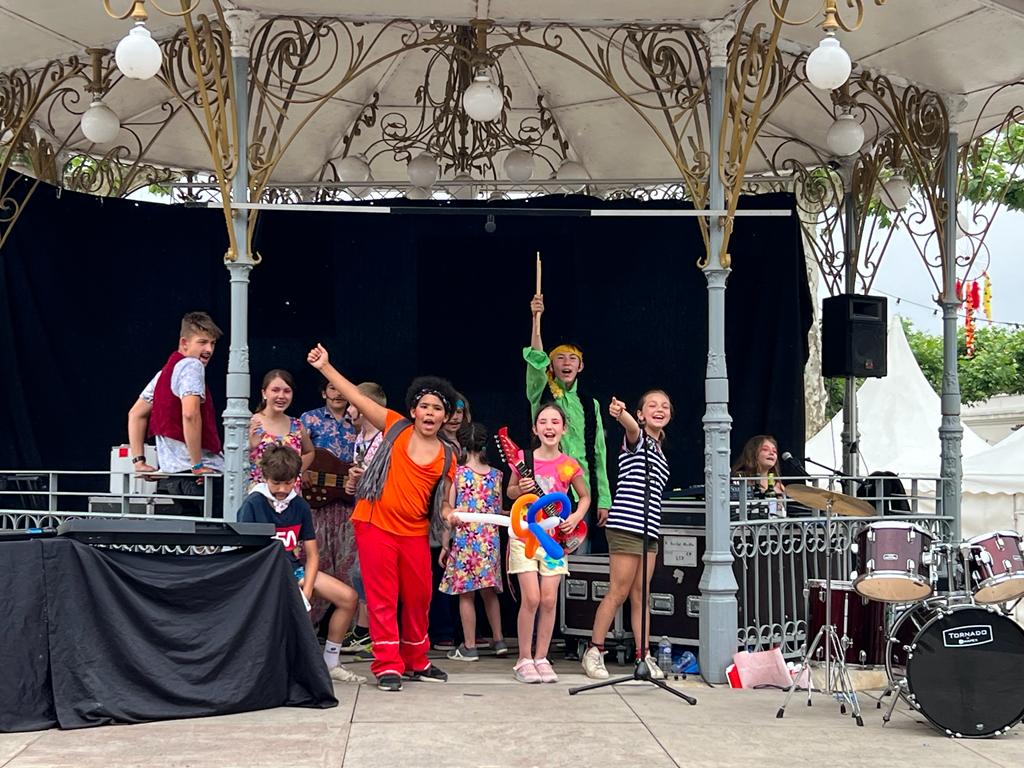 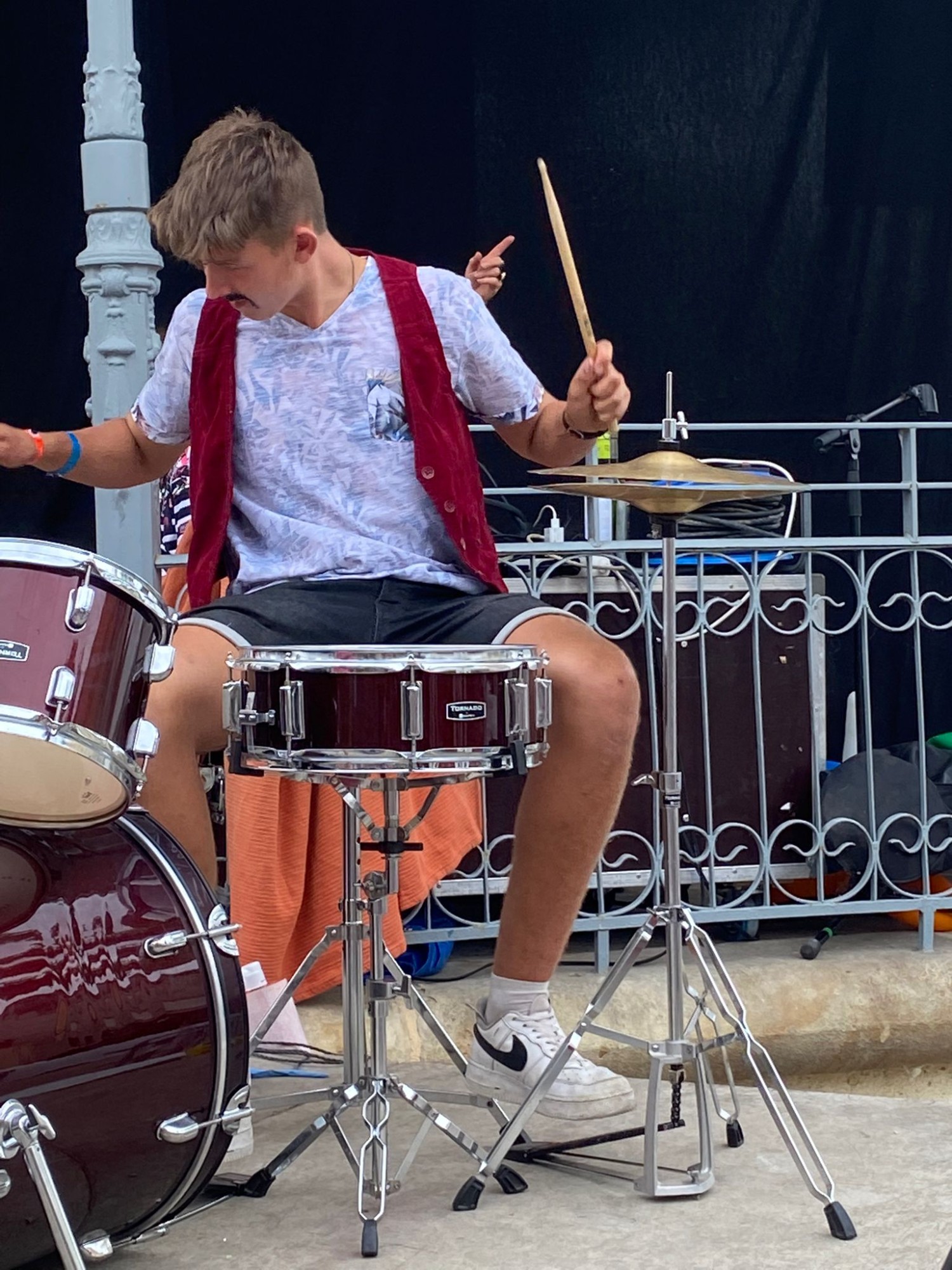 I am so proud and happy for all these beautiful meetings and all these moments we shared with them! 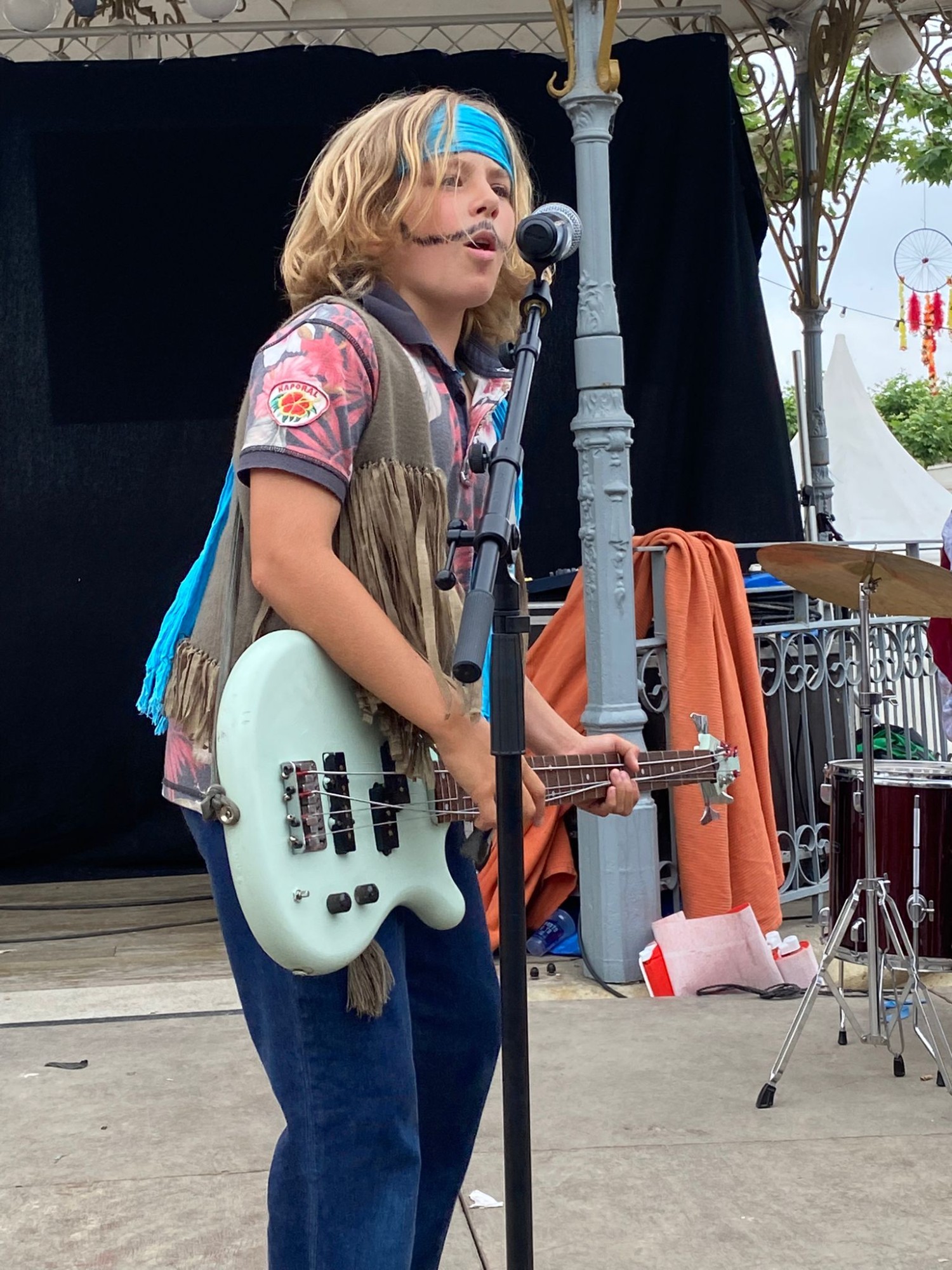 This first Pentecost which I am a part of will remain an unforgettable memory!!!

I’ve already made appointments with the kids for new projects…”

To go on…we’ll be there!

If you would like to order Swany Jacquet for several Artistic Animations, they are below: 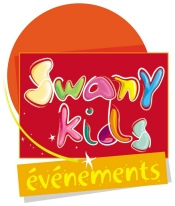 Some video comments about these two days: