The scene is almost normal. Parents address their child, alternately a boy and a girl. The latter, absorbed in the photos of their smartphones, does not care about him. The patience of adults wanes. Annoyance gradually gives way to anger. It is the clash. Although it’s just fiction here, the characters played by actors Grégoire Vichy and Barbara Killian, of Cie Attrape Sourire, are astonishingly real. In front of them, primary school students from Faubourg and Center schools have already taken part in the prevention of screen use.

CP students have a laptop

“The theater path seemed to me very interesting, combined with the path of discussion, exchange and debate”

“Digital technology is essential today, but we must also educate and raise awareness among children, as well as their parents,” continues the teacher, previously referring to the uses of digital technology.

An intervention by a theater group on the use of screens in primary school.

A theme that until then was thought to be reserved for middle school students and now applies to younger children… The thirty-minute play saw a series of everyday situations following one another by only one common thread: screens.
Harassment on social networks, video games, predation by adults of children, violent or inappropriate images, conflicts with adults… The range of topics was wide.

The presentation was followed by a discussion led by Delphine Kedio, of the Issoire santé insertion social, which works in the field of education and health. The exchanges were rich and nourished by the already great experience of the students in this field. Three years ago, more than half of children this age did not have a mobile phone. Now CP students have one. Brands deceive parents, children are not equipped to use the Internet,” warns Delphine Kedio. 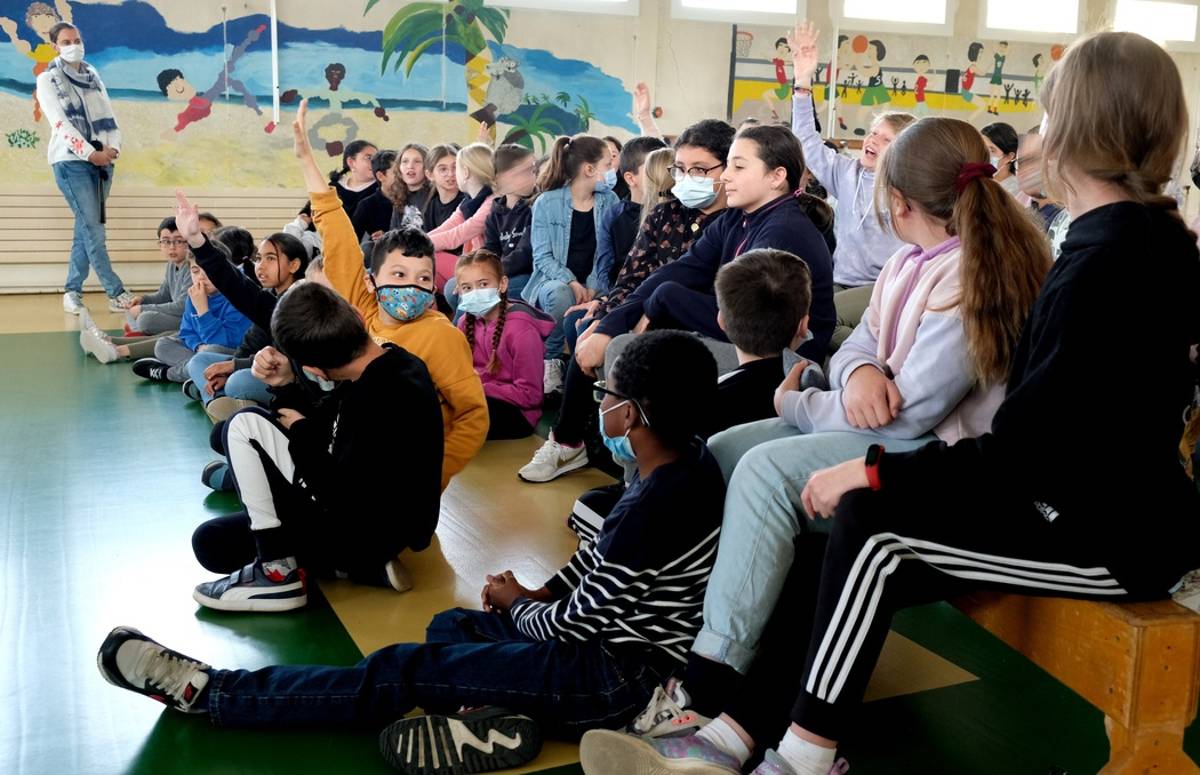 The students discussed with Delphine Cadio, from the Isis Association.

Sleeping in class and the possibility of school failure were also part of the discussion. “I have kids sleeping in the classroom, obviously,” testifies Natasha Heitman-Costa, the center’s school principal, who started this preventative work on screen use several months ago with the School of Nurses in particular.

“Some students get very tired and have trouble concentrating. We have cases where they play video games with their parents until late at night.”

“The approach is not just to educate our young children about ‘the dangers.’ You have to get them to think about their own uses, within their families, among themselves, using word of mouth, discussion, verbal exchange, everything you don’t find on screen,” sums up Christophe Faison.

Usually, the play is performed in the presence of the parents. And for good reason. A British study in 2019 revealed that adults check their phones an average of 221 times a day.